Will He Ever Commit? 6 Questions to Ask Yourself 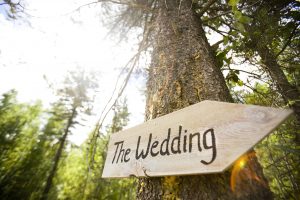 Will he ever commit?  This is the question so many women ask themselves over and over again. After being on the receiving end of lukewarm love from guys who skitter away when the idea of a shared future comes up, it makes sense to wonder about what is really going on.  Will he ever commit to me? In fact, the great news is that there are six questions you need to ask yourself that can help you know the answer!

Will He Ever Commit?  Question#1 Is he psychologically healthier?

It is best to date the guys who are healthier, more normal. These are thoughtful, good guys who do not tend to self-sabotage. Who know what they want and go for it.  Who stay the course with you even when the going gets tough.  The guys that are aware of their own self-sabotaging patterns and are working on them.  If you get into a fight, a healthy man will ultimately try to resolve it ultimately—even though he may get angry along the way. He does not run away or just stay angry.  These are the guys who can fall for you in a lasting way. Is your current boyfriend healthy like this?  If so, this is a very good sign!

Will He Ever Commit?  Question#2  Does he believe in love?

Look for signs in what your boyfriend says about the possibility of real love, women in general, and his past relationships. Read between the lines: What can you notice that reveals how he thinks about his future in terms of a long-term relationship or marriage? How does he describe other couples? If a friend of his is getting married, is he cynical? Does he describe his married buddies as trapped in some way? Does he say it would take a good three to four years to know if a person is ready to be with someone? In fact, has he said that love never lasts?

Did his parents stay married, and, if so, how does he describe their relationship? If divorced, did they remarry successfully? Does he have any role models who have shown him what a good marriage is like? If he tends to talk positively about love, this is another good sign of the ability to commit.

Will He Ever Commit?  Question #3  Is he crazy about you?

This is a key sign, but only after about six months of dating.  This is because in the first few months, a guy may seem crazy about you, but he doesn’t really know you.  And you have not spent much time together.  So the question is, after about six months together, does your guy truly get how unique and amazing you really are?  Over time is he truly falling deeper in love with you and only you?  Is he:

If you can answer “yes” on at least 4 of the above, he may eventually commit to you.

Will He Ever Commit?  Question# 4 Is he willing to grow?

So now find out if your boyfriend is willing to grow and work on his issues. Is he self-reflective? In a growth course?  Being coached, or in therapy?  These are great signs that he is working on himself. Can he tell you what he did wrong in his last relationship?  If a guy is working on himself and crazy about you, he may become a great partner for you. No man is perfect. But then, of course, neither are you. So the question is how much does this man want to have love, that is, love with you in his life? And what is he willing to do or change to have that special, lasting experience? Does he:

If you can answer “yes” on at least 2 of the above, he may eventually commit to you.

Will He Ever Commit?  Question# 5  Is he  ready for commitment?

Now, take a look at whether your boyfriend is really at a place in his life where he is ready to commit.  Ask him to share what his previous relationships were like.  What complaints did his most recent ex have about him?  There may be at least a grain of truth in what she complained about!  If these complaints involve being distant or not interested in taking the next step of commitment together, make a note of that in your mind.

Is your boyfriend successful and working in a career he wants, rather than, let’s say, unemployed or in graduate school?  This means he can feel good about providing for you and contributing to a possible family life together. These are all good markers that say that he eventually will commit to you.

Most important: is your boyfriend in a relationship with anyone else?  Or even married?  This is highly significant!  Remember, if he is tied up with someone else, it is usually best to move on. No matter what he says about eventually leaving the other woman!

Will He Ever Commit?  Question# 6 Is he aligned with you, your values and your vision for the future?

For example, does he say he wants children, (if you want them)?  Does he have similar goals and values to you?  Is he a member of your religious faith?  Does he have the kind of integrity and caring towards others that matches your own? These are great signs that he will eventually commit. Is he geographically desirable?  Even though it can be done, it is usually harder to have a lasting commitment if he lives very far away from you.

So there you have 6 questions to ask yourself to help you know the answer to, Will He Ever Commit?  As you read this blog I hope you had many Aha experiences in understanding and being clear about the patterns that tend to make for commitment or non-commitment. In fact, I hope that you are now armed with enough knowledge that you can quickly get away from guys who are DUDs (Definitely Unworkable Dudes). Or from relationships that are truly dead-end or even destructive. You can see clearly when it is time to stay and work on the relationship and give it all you’ve got. Or when it’s time to cut your losses and go.

Remember: Even if the current guy is not the One, there are great guys out there who can give you the committed, lasting passionate love you want and deserve.!