Why Men Pull Away from Some Women & Commit to Others 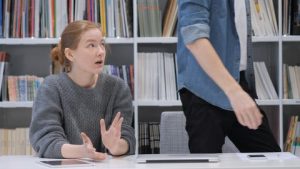 Why men pull away from some women is a curious, complicated, frustrating mystery. You may be having a great time, feeling in love, having some amazing sex.  Maybe you’re thinking things are unfolding perfectly with a guy.  That he is the One. And then whamo, he pulls away and texts less. Or stops having dates.  Or even ghosts you.  And you are left in shock and reeling. Then you may see on Facebook that he is with some other woman who offers so much less than you!

Why men pull away from some women and commit to others is a very complicated matter.  There are many factors that lead a man to choose a woman as his life partner. These include both of you being on same mental wavelength, sharing how you see the world, and having similar values, goals and speech patterns.

There is also the matter of whether the woman is similar to his mother, which is a plus, if she was a loving mother.  Or not similar, which is desirable if he had a cold or abusive mom.  There are even physical factors like reciprocally compatible smell.

But assuming that most of these things are there in a relationship, there are three other self-sabotaging factors that are key in explaining why men pull away from some women and commit to others.  And the great news is that these three factors can be consciously changed!

As a dating relationship unfolds some women can be real and keep having real fun with their partners.  Others fall into unconscious ways of relating that I call dead-end dating patterns.  They have difficulty relaxing, being real, being available or having fun with a guy they’re into. And it is these difficulties that make men pull away!

RELATED POST: WHAT MEN REALLY WANT IN A RELATIONSHIP

Dead-End Dating Pattern #1 That Explains Why Men Pull Away: Settling for Crumbs.

In this self-sabotaging pattern you feel like you don’t really value yourself as a desirable, deserving woman or truly respect yourself.  You will take whatever you can get from a guy.   You are clingy, and go overboard with showing appreciation for even small loving gestures the guy makes.  Your people-pleasing makes you too responsive.  You settle for a few dates, a few sexual encounters, a few texts.  And very little courtship.  You’re thinking this is the best you can do.  You are afraid to ask for more, for a commitment.  Bottom line: you unconsciously push the guy away with your people-pleasing.  He learns to not respect you all that much and he loses interest.

Dead-End Dating Pattern #2 That Explains Why Men Pull Away: Doing the Fade Away.

In this self-sabotaging pattern you are very shy and hidden in terms of who you really are.  You are a pseudo-self who is not real, fun, quirky or playful.  In fact, you are afraid to be really present and alive. Ultimately this feels not real to your partner.  And boring to both of you.   Often this pattern unfolds when you enter the “gray time” as you are dating a guy for a bit and just not sure where things really stand with him. Your anxiety gets the better of you and you are not yourself with him.

Dead-End Dating Pattern #3 That Explains Why Men Pull Away: Running Off in the Chase Me Pattern.

You meet a great guy and things are wonderful!  He is loving, affectionate, interested in a future and more.  Things are truly going great!  So great that on some level it scares the sh*t out of you, either consciously or unconsciously.  And you find yourself running away. You are so afraid of being let down, disappointed, hurt or abandoned, you head for the hills emotionally and physically.  Or you may become emotionally distant, bitchy, less available for dates, take off on long work projects, tell him to see other women. Even break up with him altogether.

You reject your partner but secretly hope he will pursue you. And you don’t give him any indication that you really want him to come after you and win your heart.  It’s like you set up a test for the guy to prove himself. Oh yeah, but he can’t win.

So here’s a true story from my book Love in 90 Days.  Shoko, a brilliant lawyer in our coaching program, describes her Chase Me pattern when she started working with her Love Mentor:

John was an up and coming superstar lawyer in a firm we often went up against. I loved to watch him work, even when we were on opposite sides of a case. One day we wound up having dinner, going to my place and hooking up. Meanwhile, I had about four orgasms (and I had never been multi-orgasmic before that time). John and I were on the same wavelength; we got each other without having to say a word. After four weeks of juicy dating he used the L word and for some reason I felt totally turned off. I took a three-month assignment in Vegas and he came to visit me regularly. We talked about living together. But I told him to go out with other women in the meantime. Just to be sure.

So he asked if I was kidding and I said no. I think I wanted him to sweep me up in his arms and tell me how ridiculous that was. Instead he got this sad look on his face and left. I never once told him how I really felt about him and gave him very little encouragement. He married someone else and has kids. Meanwhile, I’m still waiting for Mr. Right.

But happily, after a few months of coaching, Shoko has broken this pattern and does not run away from great guys anymore!

With any of these patterns, Crumbs, Fade Away or Chase Me, you will not get a commitment.  Instead you will get men pulling away.  You have to feel deserving of love, be free to be real, and to have fun, intimate  times with your partner to help lasting love blossom.  As time goes on and things get more serious, you have to be able to take a stand for yourself, if need be, and get the commitment you truly deserve. And if you are in a solid self-loving stance that is not fearful, or angry, or distancing, often the guy will step up and commit, even if he is a little afraid of it. He will become his best self and move into the lasting love relationship you really want.

RELATED POST: WHAT TO DO IF HE WON’T COMMIT

The great news is that you can break any of these three self-sabotaging patterns. Many women have used one-on-one sessions in our coaching program to break their deadly dating patterns and never have to ask themselves why men pull away anymore.

And finally, here is a video on Why Men Commit to Some Women and Not to Others