Not Willing to Settle in Your Love Life? Here’s a Crucial Bit of Relationship Coaching Just for You 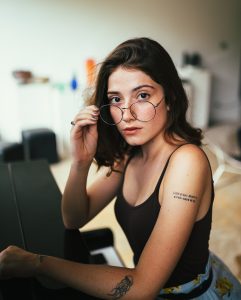 Are you not willing to settle in your love life?

Does it seem like there are no good ones out there? Do you find yourself dating men and then backing out of seeing them because of various defects? This guy is too cynical; that one has bad teeth; the other anxiously spilled his Espresso Macchiato Grande all over his shirt. If you’re honest, pretty much every guy who has expressed an interest in you has had something “wrong” with him. But, you keep reminding yourself that you’re not willing to settle.

Sound familiar? If so, you’re not alone. Countless women struggle with this “Not Perfect – I’ll Pass” deadly dating pattern. It’s one of the most common and most self-sabotaging dead-end patterns that I describe in my book, Love in 90 Days.

As Lori Gottlieb describes in her excellent book, Marry Him: The Case for Settling for Mr. Good Enough, women can be picky, picky, picky when it comes to their suitors. They practice what I call the laws of repulsion, sitting on their high horses and judging the man’s physical qualities or behavioral traits. This guy is too paunchy, too bald, too old, too young, or even too good looking; that one has hands that are just too small. Other deal breakers: bad taste in music, a cheesy sense of humor, loves me too much, or is too predictable. One perfectly intelligent, accomplished single-for-a-longtime gal recently told me that she could tell just by hearing a guy’s name that he was wrong for her—and it was not some bizarre moniker.

The negative judgments spewing from this self-sabotaging belief are usually based on superficial traits. You become an expert in getting rid of all those defective “bad guys” who could never be the One. You tell yourself it’s because you’re not willing to settle. But guess what? These complaints—including the typical ones that I’ve listed above—have nothing to do with the qualities that make for a partner who can provide lasting love and happiness. Study after study has shown that the most important variables leading to happy relationships and marriages are a guy’s (and your) character virtues, especially empathy, concern for others, and willingness to grow. So not only did you ditch the “bad” ones, but you threw out the good ones, the great ones, and all the in-between ones, too!

Curious what’s behind this self-sabotaging dead-end dating pattern of not being willing to settle? You may have trouble hearing this, but bear with me: You unconsciously project your own feelings of inadequacy onto each guy you meet or date. The flaw in them becomes blinding, completely and totally turning you off. You run. And your reactions are nothing more than defensive maneuvers designed to guard against being rejected yourself. Then you wonder why there are no good guys out there. I know, I know, this last part is not really you.

Not Willing to Settle: Research Shows it is Contempt that Kills off the Possibility of Love.

Instead of being nitpicking and acting out of these laws of repulsion, it is important that you change your perception. Yes you change. Notice what is really at the guy’s core in terms of his values and character. If you don’t, your relationship killer belief and the attitudes associated with it set up a whole host of negative vibes. As well as emasculating and cold, bitchy behavior that has men heading for the hills. Trust me most great men who are looking for a long-term relationship don’t want that. What they really want is warmth.

If you have the not being willing to settle dating pattern, you could have already thrown away perfectly great guys, any one of whom would have brought you happiness.

So, here’s my challenge to you. Commit to giving the guys who express an interest in you a real chance. So, the next time you find yourself thinking, I’m not willing to settle. And then getting turned off by something small. Try a better way. Focus instead on something you like about the guy. Especially if he is willing to grow as a person. If you spark chemistry with him, he could be a better and better match for you over time.