Is Marriage The Fountain of Youth? 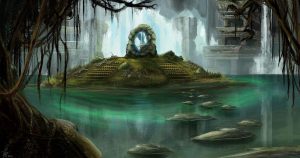 Does Research Show that Marriage is the Fountain of Youth?

Before we launch into Part Three of this series I want to address the concern that many of my single readers have expressed. That somehow I am condemning them to Hell if they don’t get married. No! No! And No! First, there has been a global sea change where now more people are living together than are married. You’ll want to check out my series on living together. Plus, some studies have shown that singles with strong social support are basically as happy as married women in good marriages[i]. So relax. Marriage isn’t for everyone and being single is way better in a lot of ways than being in a terrible marriage. And research studies the world over show that marriage is not toxic to women. But does the research support the idea that marriage is the the fountain of youth?

For more than 100 years, researchers around the world have found that married people, both men and women, live longer than singles. In a recent review of 53 studies of the effect of marriage on longevity[ii] researchers found that mortality rates are about 18% lower for marrieds in comparison with singles and there was no significant difference in that effect between men and women. Another national U.S. only study[iii] conducted over an eight-year period showed that the odds of mortality are 39% higher for widows, 27% higher for divorced and a whopping 58% higher for never marrieds in comparison with marrieds. Controlling for age, the effect held true at older ages for both sexes and was greater for younger men than younger women. In other words, married women tend to live longer than single, divorced or widowed gals. Period.

Before we look at the research on lifestyle and general well-being and whether marriage is the fountain of youth, I want to offer you ongoing support. You can get fresh research-based information on dating & relationships by subscribing to my Dating Tips & Relationship Advice Newsletter.

When it comes to lifestyle effects we find a mixed bag of results. For younger women (and men) who get married, alcohol consumption and binge drinking go way down in the first few years of marriage and stay down in comparison with singles. There is also some reduction in pot smoking, but more for guys than gals[iv].

On the other hand, recent studies show that marriage probably has no impact on the killer vice that is smoking cigarettes[v]. Plus getting married is likely to lead to slowly packing on extra pounds. In comparisons with singles, married women and men gained about five pounds over a 10-year period. Much of that gain may come from the fact that marrieds exercise about 15% less per week than their single friends. In sum, marriage tends to be beneficial in some lifestyle areas yet problematic when it comes to hitting the gym and keeping your waistline from expanding.

Many studies conducted around the world show that married people are more likely to reach the Holy Grail of a longer, healthier life[vi]. While the longevity issue is beyond doubt, the better physical health claim? Well, it depends. Many of the studies have been flawed with design errors including problems with self-selection and the number of years that researchers followed the sample groups. More recent work[vii] has concluded that marriage has more of a beneficial impact on the health of men than on women. So marriage is a fountain of youth for men.

On the other hand, divorce has been shown to negatively impact women’s health in comparison with marrieds. For example, risk of cardiovascular disease is much higher (60%) in divorced women over 50 as compared with still married women.

Marriage is the Fountain of Youth Bottom Line

Yet, we know for sure that married women live longer. So what’s the special sauce of this fountain of youth? If you want to learn what it is, go to this article on the health benefits of being in a healthy relationship.

[iv] See R. G. Wood, B. Goesling & S. Avellar (2007) The Effects of Marriage on Health: A Synthesis of Recent Research Evidence. This is a review of 70 studies. Available at https://www.mathematica-mpr.com/publications/PDFs/marriagehealth.pdf