Living Together Before Marriage 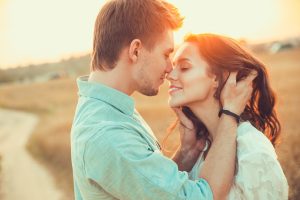 For the first time in U.S. history more couples are living together compared to those who are married and this trend is continuing. About a quarter of unmarried women age 25 to 39 are living with a partner. And about 53% of all first marriages were preceded by living together.

More and more couples are simply packing up their things, moving in and sharing digs. They say it’s because they want to try things out, a test drive so to speak, with their partner-to avoid a bad marriage. Some say it is more convenient, more economical. Especially in hard financial times. A fewer-strings-attached, safer, more economically sound alternative to tying the knot.

Usually the decision happens without a great deal of planning or discussion. For a younger woman in her 20s or 30s it may seem like a natural but unspoken step towards marriage. For her male counterparts, on the other hand, the moving-in decision may have little to do with eventually saying “I do.” Also, for older couples who have already been through the family-children-divorce scenario, moving in together is the endpoint companionship they seek. That is, the relational Holy Grail. So is cohabitating a good thing or is it bad for your relationship?

First, let me tell you a story. Shelley, a sparkly 30 year old graduate student in Public Health, accidentally found Jared, her super secret crush from high school on Facebook. They wrote on each other’s walls, chatted up a storm, and fell deeply into what seemed to be a magical connection. They used the L word liberally with each other and called each other smoochie names.

Cut to one year later. Shelley’s apartment lease was up. Jared, web designer geek, had a roomy, but knickknacked loft downtown, close to Shelley’s school and she was spending so much time at his place. And so they decided she would move in and live together. There was not much discussion about it. Shelley ensconced herself complete with Miffles the cat, right in the midst of Jared’s clutter. And promptly began to reorganize and clean it all up. Shelly had been through this before, when she lived with her ex, Jonathan. She was used to putting her touch on a guy’s place. Things ended badly with Jonathan, when his drinking buddies took over the place one time too many.

But this time Shelley felt differently. She knew in every cell of her body, down to the tips of her toes that Jared was the One. Shelley was absolutely sure that they would have the whole white-picket-fence future, complete with 2 dogs, 3 kids and, of course, Miffles II.

OK we will cut away from Shelley and Jared’s cozy loft nest to give you, dear reader, a quiz.

Do you think that this couple is likely to:

Additional research done over the last 10 years sheds light on what might happen to our daring duo.

Research on Living Together

Now back to Shelley and Jared. To help figure out their chances, let’s look at what research on living together might tell us. Well, most studies done in the last 20 years showed that couples living together before marriage had higher divorce rates as compared with couples that didn’t. Other findings for those living together and especially looking at women showed poorer mental and physical health, including depression.

One explanation for these findings is that the burden placed on women is not compensated for in a living together environment. Since women are known to do the lion’s share of housework, the thinking is that a woman would go from taking care of her own place to having to do the housework and other domestic errands in the house that she shared with her boyfriend. All this extra work occurs without the benefit of the financial and emotional security that comes with the commitment of marriage.

Most current studies show that if a person (like Shelley) has lived with multiple partners, she/he will likely end up in a break-up or divorce. Other studies of living together show that after about a year and a half, the cohabitors either marry or break up. The break-up rate is about 50% somewhat higher than the current divorce rate of 41%. So living together for many couples is a coin flip and does not ensure a happy marriage.

Quiz: Well given all this, what do you think happened to Shelley and Jared?

So if you answered d) Parted ways after about a year and a half, you are correct!! They broke up and are still both single although Shelley thinks she may move in with her new guy.

Benefits of Living Together?

What are the benefits of living together? Here’s where some recent research and my own clinical work point. The critical success factor for couples who live together and manage to create a more lasting relationship is their commitment. To persevering and staying together. In my bestselling dating advice book, Love in 90 Days, I show that commitment is one of the eight habits of happy couples. That same degree of commitment needs to be developed during the living together phase if the couple is to make it.

What does a couple have to do to ensure greater success? A couple that is living together has to be more willing to work on the inevitable differences, disappointments and setbacks that inevitably occur. Without this commitment, unmarried couples end up splitting apart as soon as the inevitable problems of everyday life confront them. For younger couples, that commitment often includes engagement and marriage. In Shelley and Jared’s case there were no plans to wed. Living together was a convenience and an experiment. We now know how that went.

Before you move in with your partner make sure to read other articles in this series including, ten signs you found the one, the soulmate quiz, and the commitment blog. And check out this post and video if you are thinking about moving in with your partner after being in a long-distance relationship.