Is Marriage Toxic to Women? 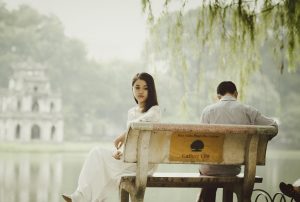 Here’s another informative research report on the question “is marriage toxic to women?” in our Dating Advice for Women Series

Is marriage Toxic to Women?

Many studies compare single people with couples as to their quality of life and general health and happiness. These reports have come to conflicting conclusions.  Some studies show that couples are happier and healthier. While others report that singles are just as well off. On top of that, common sense tells you that bad marriages aren’t going to be good for either party’s well-being. In fact, many writers and social critics especially feminists have answered the question is marriage toxic to women with a “hell yes”.

I think the key to understanding these confusing results and answering the question, “is marriage toxic to women” is the variable of couple satisfaction.  Most studies have simply not measured the couple’s happiness as part of their experiments or surveys.  Of those that did, here’s the overview. Unsatisfactory coupling or marriages may contribute to health and psychological problems. While good coupling may protect you from certain diseases or help you to recover faster.

Major Findings on Marriage and Women

We can’t go into all of the research that addresses the “is marriage toxic to women” question. So here are the findings from a few of the major studies. A study of long-term coupling in which the partners were unhappy, showed that women more than men were likely to suffer from high blood pressure and obesity. Others have shown that poor marital quality was associated with depression, worsened physical health, and poor sleep.

On the other hand, singles with strong social support have been found to be as well off as women in good relationships. That’s because social support and love are the key drivers behind many of the positive findings associated with being on a healthy relationship.

So what about women in long-term happy couples?  Is marriage toxic to women in those situations? In comparison studies, they had the least atherosclerosis in their arteries and lived much longer if they did have heart disease. They had fewer doctor visits, lower blood pressure than singles or women in unhappy relationships. Studies of long-term couples showed that they report fewer headaches and back pain.

Happy couples healed twice as fast from flesh wounds than those who demonstrated hostility toward each other. In fMRI studies of the brain, men and women in long-term relationships showed activation in areas of the brain associated with dopamine.  Amazingly, it was as if they were newly coupled.  There is no question then that the social support of a loving partner contributes to having a healthier and happier life.

Coupling by itself is not an answer to all of life’s problems. Being single today combined with a strong social network of family and friends, is a very viable alternative. But is a good marriage toxic to women? No.

If you do decide to couple, choose someone who is a good match. Someone who is devoted to you and committed to handling the inevitable bumps and potholes that you will face.  Because if it doesn’t go well and you separate, research suggests that you will suffer more than if you had never married.

On the other hand, a good relationship is worth creating and working on. Because it can have other many positive effects on your health and well-being.