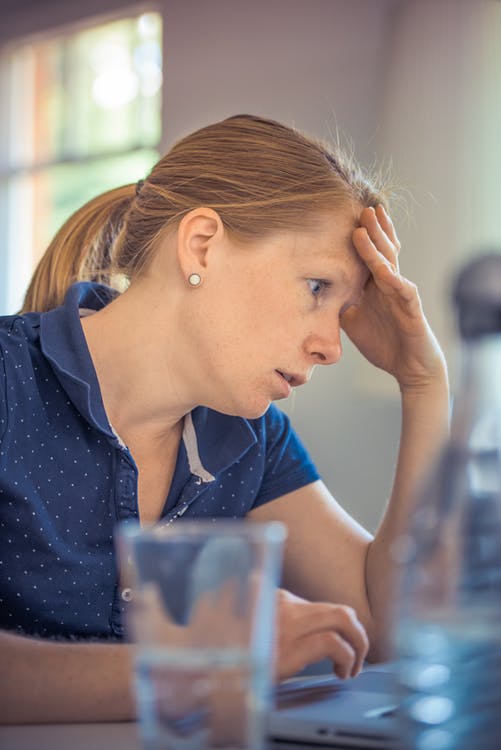 Are you suffering with relationship frustrations?

You are not alone. but in this blog you’ll meet two women who had breakthroughs to love.

We are not married but have lived together for about 5 years. After the first year, we started having a lot of arguments mainly about clutter (I tend to collect things).  A few times I promised to get rid of some clothes and things (I really should) but never did. The reason for that is that I always felt he cared more about the house than me.  It wounded me.

I realize now that was wrong. Since the first fights also there was zero happening in the bedroom.  When I approached him a few times, he said he didn’t want to do it.  I just kind of turned off that whole aspect.  A month ago he suddenly said he wanted me to move out.  We had some more arguments. During one of our fights I asked him if there was another woman and he said yes.  I even told him that I would be willing to forgive that.  I am just beside myself and don’t know what to do.

Jean is Stuck in the “Crumbs” Deadly Dating Pattern

In this pattern you are involved with a guy who does not provide for your needs. In Jean’s case, her live-in boyfriend was not being intimate with her and not being interested in sex. Ultimately, he turned to another woman.  Yet, she stayed in an ultra-accepting and giving mode. Hoping that at some point her love and caring would turn him around. Instead he moved FARTHER away from her and became more and more EMOTIONALLY DISTANT.

The Crumbs pattern is very common and pretty much guaranteed to do the opposite of what you hope for–instead of drawing your man in, it pushes him away! Talk about relationship frustrations! And guaranteed heartbreak.

RELATED POST: HOW TO BE A HIGH-VALUE WOMAN AND NOT SETTLE FOR LESS

When Jean signed up for a free 40-minute mentoring session, her relationship coach pointed out her Crumbs Deadly Pattern Pattern.  Her Love Mentor showed her that she deserved so much more. I’m happy to say that Jean worked on her feelings of deservedness, self-love and envisioning the love she truly wanted and needed.  She moved out and is now with a terrific guy who is quite crazy about her!

If you, like Jean, suffer from a Crumbs pattern you may be involved with a guy (maybe married or a hot irresistible player) who sees you occasionally and only when it works in his schedule.  If you pay close attention you may see that he is a flaming narcissist, who does not seem to know that anyone outside of himself really exists. He may go through the motions, but fundamentally is not really interested in who you are in your life.

What If He Has Money? Is it Still Taking Crumbs?

If he’s got money, he may buy Manolos or take you to five-star dinners.  He may take you to the Promised Land in bed. But he cuts you off if his wife or his “old flame” enters the scene. Mr. Big played this role in Sex and the City. And he’s never available when you need or want him.  This pattern causes you a great deal of sadness and pain and relationship frustration. Yet you think that overall it’s a good deal. You spend a lot of time thinking and fantasizing about him. How he’s going to leave his wife or stop being a player. Or cut back on his work schedule and spend time with you in a rose-covered cottage or on the beach in Maui.

Of course he does make noises or promises in that direction.  In your heart of hearts you secretly know that day will never come, but you’re afraid to act on that knowledge. Although you’d never admit it, even to your best friend, you believe that this second-class status is the very best you’ll ever be able to get and you’re damn lucky to have it. That’s real relationship frustration.

Give up the crumbs and take a seat at the banquet table.  First, break up with the guys that are only giving you crumbs.  That will be the first step in ending your relationship frustrations. Then make a rule:  I only date men who are (a) available and (b) crazy about me (for real). Try this on for size, even if it means spending time with guys who “aren’t good enough” but who treat you like royalty. By the way, if you do this, the crumb-giver may come around!  If he starts courting you, give him a chance. But don’t jump right back in.  Slowly let him prove to you that he is changing. Encourage him to go into therapy or love mentoring with you so that you can together create a life that is fulfilling for both of you.

Kathie, another Crumbs girl, enrolled in our coaching program. Here’s Kathie’s email after she had the courage to break up with her less than-loving boyfriend:

He couldn’t even kiss me the way I wanted. And he used to put less food on my plate whenever he cooked, which was rarely. And I found out he was taking another girlfriend to his birthday bash. He planned that little surprise while he was still seeing me!  What I realize is that I don’t speak up enough about what I want or how I want things to go, so I shouldn’t be surprised when I don’t get them.  My pattern is to not say anything and stuff myself with binge eating.  I think the eating is out of that hunger, that need that never gets fulfilled. Certainly not with the a’holes I choose.

I feel so relieved to have given myself a Love Mentor to help me get rid of someone who took me for granted.  I feel so much better now that this bread-crumbing relationship is gone from my life.  So much happier. I now honestly know that I deserve a great love relationship!  I got myself a whole new wardrobe that accentuates my hourglass figure.  And yes, I feel great and am dating three different guys.

Just like Kathie, you too can overcome accepting crumbs and other maddening relationship frustrations.  As a PBS love expert I’ve helped tens of thousands of women to do just that and find love. Right now, I can personally select one of our gifted dating coaches to help you handle your unique challenges and get THE relationship that is just right for you. You can be matched and have a Complimentary Breakthrough Session by phone or Skype.  It can change your life.