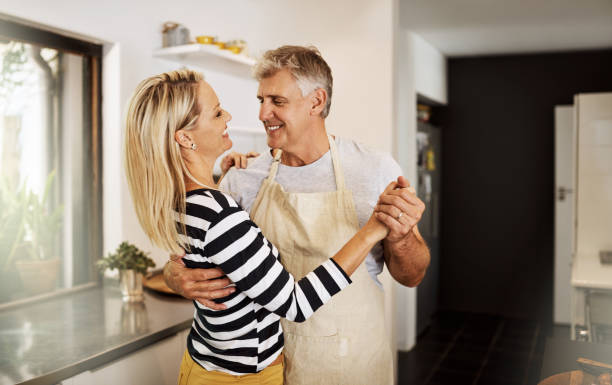 The other day I asked Sam, my husband of more than twenty-five years, why he stays with me. He said, “Because I feel good around you.” Feeling good and at home with a woman is one of the drivers for a man to be in a long-term relationship. But is that all there is? No, there’s a lot more. In our marriage, we are having more laughter and high jinks, deeper talks, more exotic adventures (think Amazonian rain forest), plus bigger fireworks in bed than ever before. (Apologies to my kids who have to read this.)

Trust me, we are not the only couple in the world whose love has not only lasted but also deepened over time. Studies going back years have also shown it’s very possible to have a long-term happy couple. But you have to know the six secrets of happy couples.

First, research in the 1960s and 1970s discovered what they termed “vital” and “total” marriages, or couples who were intensely in love after ten, twenty, or more years. Then studies in the 1980s found more evidence of these treasures. One researcher interviewed and tested women aged fifty through eighty-two who had been married an average of thirty-three years. Some of these women reported that they were still passionately in love and very turned on to their spouses.

Then researchers developed a highly reliable and valid rating scale, the Passionate Love Scale (PLS), which measured passionate love in both men and women of all ages and in a variety of cultures. The PLS asks questions about feelings of infatuation for “the person you love or have loved most passionately.” And over the next twenty-five years, many other studies by different researchers using the PLS confirmed the existence of romantic love in long-term marriages. A recent review of twenty-five relevant studies in different countries once again showed that, in the words of the authors, “a long-term relationship does not kill off romantic love.”

Over the last ten years, researchers have also studied the brain scans of passionate couples. First, studies have shown that high scores on the PLS were correlated with the fMRI scans typical of people in love. In other words, finding couples who claimed they were still madly in love wasn’t just some weird result on a survey. Then, in a compelling study, Arthur Aron and his colleagues found that fMRI studies of couples who had been together an average of twenty-one years showed the same dopamine reactions in their brains as younger lovers when they were shown photographs of their Beloved. But there’s more! Not only did these older couples display the passionate “limerence” of newlyweds, but they did so without the newlyweds’ chemical roller coaster of anxiety and obsession.

So, what are the secrets of happy couples?

4 Keys to Break Up Proof Your Relationship

In this video, I talk about four keys to break up proof your relationship and then I’ll share 2 more secrets.

Whether you’ve been together for a few months or 50 years, these six secrets of happy couples will make a huge difference.

Marriage takes work. There will be difficult times and disappointments. The truth is you have to make a daily commitment to work on both yourself and the relationship.

Your partner can’t read your mind

It seems like such common sense, but so many of us have grown up thinking that we cannot ask for what we need or want. We tell ourselves that he should “just know” what to do. And then when that thing fails to happen, we assign meaning way above and beyond what has occurred. For example—you want your boyfriend to text while he is out with his friends. But you fail to ask him to. And lo and behold he doesn’t! Then you have all these thoughts about being unlovable and everything falling apart.

This negative cascade of suffering and damage to the relationship can be avoided. Simply ask for what you need or want in the first place. In order to have a fulfilling relationship, you must show him how to be your knight, how to come through, and win with you. Use the magic phrase: “I would really love it if you (fill in the blank with specifics!)”

Being positive makes a world of difference

Happy couples fight, and fighting is an important way to air anger and be authentic, but they follow Fight Club Rules. Be sure to visit our Happy Couple page to find out how to fight fair. Most of the time, however, they maintain a more kind and loving way of communicating. Studies show that healthy couples maintain a ratio of five positive interactions to each negative one they have. In general, they avoid or minimize nitpicking, harsh judgments, belittling, abusing, defensiveness, or freezing each other out. When such incidents do occur, they repair them as soon as they can. In great measure, loving couples speak and act out of honor, respect, and appreciation; they speak as the best of best friends. And they continue to have FUN together.

All too often, as the years go by, couples get so caught up in work, the kids, and day-to-day minutiae, that they forget to really BE with one another! Before you know it, you’re married to a roommate you barely know anymore. You must take time each day to cultivate intimacy — to share thoughts, feelings, affection, and sexual pleasuring. Continue to get to know new facets of your partner and help them fulfill their desires. Spend time alone as a couple, take turns having listening sessions, share affection and carry out sweet rituals. Give hugs and kisses. Know your partner’s Love Language and make sure you’re doing something every day to make him feel loved.

Make fun and passion a priority

So many couples assume that sex will inevitably happen less often and become less fulfilling as the years go by. And that life together will just be more mundane. This doesn’t have to be the case! The most successful couples make fun and passion a priority. One way to do this is to Decide that you are having an ongoing affair with your partner.

Of course, I am not advocating having an actual affair. I am referring to acting like you are having an affair with your partner who is in a monogamous love relationship with you. If you want to set the stage for a win–win sexual relationship that is relatively cheating-proof, you must be creative and in a sense “the other woman.” You know, the one he’s having the affair with. Think it sounds crazy? Based on many years of experience with clients, students, and mentees, I know that practicing having an affair with him can lead to years of passion, if he truly is the One. In order to conduct an ongoing affair with your man and avoid divorce, practice physical touch, flirting, and sex play.

Acting like you are having an affair is a powerful relationship enhancer no matter how long you have been together. Here is the key principle. Ask yourself, What would I be doing or saying if right now if we were having an affair? Then go for it!

Think twice before moving in together before marriage

For many couples, cohabiting often seems like the next step after a year or so of dating. It also seems like it would be a great way to find out if you’re truly compatible. The truth is, living together offers no guarantee that you won’t break up or avoid divorce. In fact, most studies done from 1995 forward show that couples who live together before marriage have higher divorce rates than couples who didn’t. Does this mean you should avoid cohabiting until you tie the knot? Not necessarily. The key is that you and your partner must be on the same page regarding your commitment to a shared future. Research shows that if you are both committed to staying together, moving in can work out just fine!

If you need help practicing the six secrets of happy couples in your relationship, just go to our coaching page and get a free relationship strategy session with one of my excellent Love Mentors.