Five Red Flags That Predict Heartbreak is Ahead 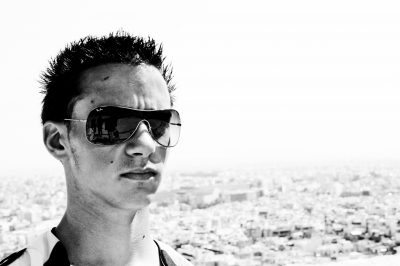 Here’s another true love story about avoiding red flags from our Dating Advice for Women Series.
Carla, a 50 year old ICU nurse, met Juan, a lean hunk of a guy, at the dog park. As her Pomeranian cavorted with his French bulldog, Juan regaled Carla with stories from his native Ecuador. He was coming on gangbusters, as his dark eyes flashed at hers. He told her he never met a woman like her. Felt like he had known her forever, could share his secrets with her. Carla’s heart was racing by the end of their little chat. Juan even showed Pomeranians at one time! When he casually kissed the back of her hand to say goodbye, Carla was wondering if she had met her soulmate.

But deep inside, she felt that something might be off. Had she missed some red flags?

Carla wound up seeing Juan for a magical four hour date. The night was perfect and magical and she gave in to the overwhelming passions that seethed for him. He said he would love to see her the next day and they soul-kissed goodbye. Carla was dreamy and floating on her way home. She even missed her subway.

And they lived happily after? No. Of course not. Juan never called or emailed again. Carla was teary and heartbroken. She felt played, used and abused.

So Carla decided that she needed some help with her dating life. She asked for a free consultation with one of my dating coaches and in the session got immediate help on not going with her instincts when it came to men. One of the things she discovered about herself was that her intuition in choosing guys was just terrible. She kept missing red flags that would have helped steer her away from heartbreak.

Here then are five of the red flags in romance that Carla learned to avoid right away even though these were exactly the type of guys she was drawn to.

1. Professes undying, overwhelming love at first sight (he doesn’t really know you yet; only his fantasy of you!)
2. Seem too good to be true. Always interested in exactly what you are interested in, agrees with you, does what you want to do. Never fights with you. This guy is not being his real self with you!
3. Seems to be resentful and angry at his ex, the world, his boss and/or others. (a judgmental, angry guy!)
4. Lies to you, even if it is a “small lie.” Slippery. Answers a question with another question. (Probably is or will be a cheater!)
5. Drinks/uses non-prescribed drugs frequently, or in escalating quantities. An alcoholic or addict will not able to consistently be there for you.

If you have read this far I know that you have had at least one of these FRUSTRATING experiences with a guy. First thing is to get you ongoing support! Take a moment and sign up for my free Dating Tips & Relationship Advice Newsletter.

And Carla? Well, I’m happy to share that she is now engaged to a man who is much different from Juan.

If you meet a guy who is showing these red flag signs, be aware that if you go forward in the relationship he may sting and wound you. And a problem relationship has high costs in terms of your emotional, physical and financial health. So head for the hills! Remember there are lots of great guys out there who want a true lasting love!