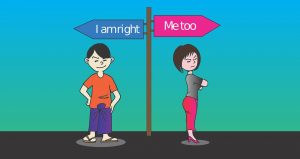 Do opposites really attract? Of course they do. Ms. Proper with the bad boy. The drinker with the enabler. The sassy woman with the shy introverted guy. Often, like moths to a flame.

But the real question should be: Do opposites make for long lasting love partners?

In fact, well over 300 research studies say no. That longer-term partners tend to be more alike than different. So in what way do they have to share similar qualities?

Over the past few years researchers have looked closely at the types of men who are more interested in a long-term relationship and if, age appropriate, to have children. They’ve been able to distinguish those that are marriage material and those who are likely to be commitment-phobes or players. And guess what? There are telltale signs that you can use to guide you on the first date.

Rutgers University and the National Marriage Project conducted a national study that showed that married men were more likely than single men to have grown up with both biological parents. Almost half of married men reported going to religious services several times a month while less than a quarter of the unmarried men did. So do opposites really attract if your family and spiritual values are quite different? Read on.

When researchers sorted out the single men who were marriage material they found similarities among them. Men who said they came from traditional backgrounds and intact families and those who regularly attended religious services were the best prospects. These men agreed with the following statement: “You’d be ready to marry tomorrow if the right person came along.” A Gallup poll also showed that the vast majority of these men are seeking a “soulmate.” They are actively looking for someone who will fulfill their emotional, sexual and spiritual desires. And they also want a partner who will also share bread-winning responsibility.

Do Opposites Really Attract? Men With Great Personalities Whose Values Don’t Match Yours

Researchers also found that single men who are afraid of commitment or are emotionally unavailable tend to:

Do Opposites Really Attract? What You’re Ultimately Looking For

Now, of course, if someone didn’t grow up with both parents or doesn’t have a religious or spiritual background, this doesn’t mean he isn’t the One and isn’t capable of making a life-long commitment. This is a just way to gauge how ready he is.

As you’re talking with him pay attention to the other nuances: Is he bitter about relationships, clearly angry about his childhood, not over a divorce. Does he have a negative view of life and have an “every man for himself” vibe? These are all red flags. Move on. You’ll save yourself a lot of time, frustration, disappointment and heartbreak.

Ultimately you’re looking for a guy who is comfortable around you, who feels like he could be a solid, caring friend. One who doesn’t try too hard but shows he is totally into you. A good person with whom you share chemistry that is brewing but not over the top and out of control. If you’re wondering, do opposites really attract and at the same time, having trouble knowing if he’s marriage material, I have a gift for you.

I will personally select one of our expert dating coaches to help you handle your unique challenges and get THE relationship that is just right for you.  In fact, let me buy you a session so you can see how valuable this work can be for you. This is time-limited, so Click Here now.  And now, check out the video below where I answer a reader’s question: Do opposites really attract?