Dating Advice for Women Over 50: Part 1 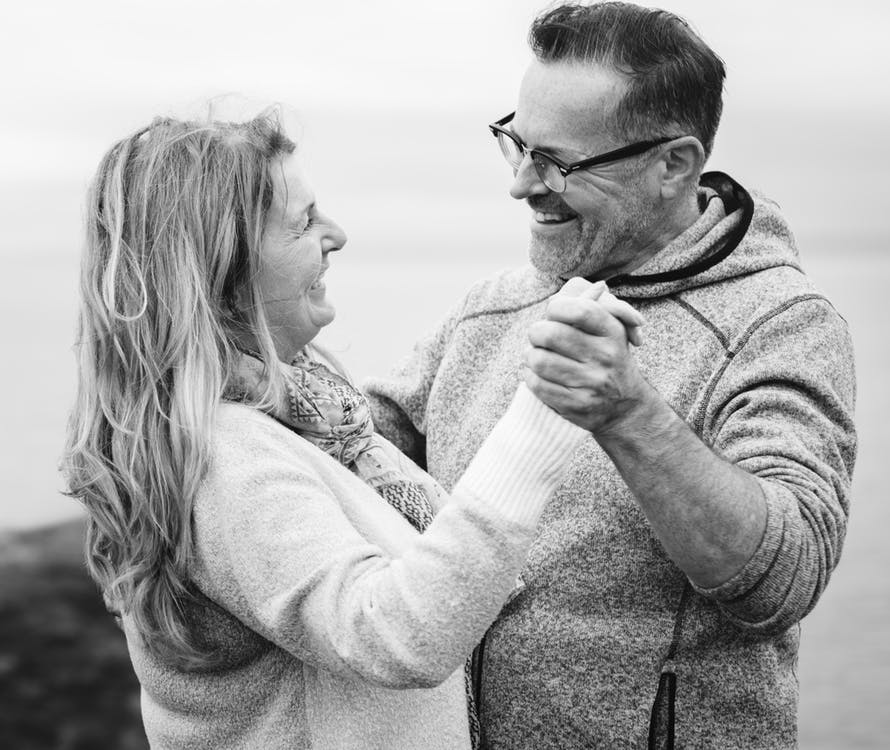 Dating can be daunting especially for women over 50.

And I know when you are older, it may seem next to impossible. So I’ve written a special two-part series on dating advice for women over 50. You might be coming out of a long-term marriage, or emerging from a period where you were consumed with raising children or caring for elderly parents — or, perhaps you still are responsible for kids and/or parents. Have your “dating muscles” atrophied? You may feel like you don’t have the slightest idea how to go about flirting and meeting the opposite sex, much less handling issues of sexually transmitted diseases. You might feel like your body is showing the wear and tear of all those miles. Disrobing in front of a romantic partner?  Definitely not.

Today’s dating world doesn’t remotely resemble the one you knew. This brings on worries and negative self talk.  How proactive are women over 50 supposed to be?  Is online dating reliable, safe, or even right for a Boomer-aged woman?  In this youth-obsessed culture can you really compete with younger women?

Yes, it is a whole new world out there.  But it is a great world, filled with possibility.  We are living longer, healthier lives; there are demographers who claim we should think of middle age as extending all the way to age 85 because of the increasing percentage of men and women who are fully functional at that age! And, the giddy swirl of romantic passion can be just as strong for women over 50 as for those who are much younger. In this two-part article we’ll look specifically at dating for women over 50. Part 1 shows you that this new world of online and app dating is full of possibility. In Part 2 we’ll share four more tips and dating advice for women over 50.

Research on Dating Tendencies of Women Over 50

Much larger studies of baby boomer dating and sexual activity have validated that they’ve changed all the rules.  Seventy percent of single baby Boomers actively date. And 45 percent of men and 38 percent of women between the ages of 40 and 59 have sex once a week. Women over 50 along with male Boomers have also taken to online dating in increasing numbers. Lavalife.com, a dating site known for its younger clientele, reported huge increases in Boomer use from 2003-2009; Match.com indicates that the 50+ single age group is its fastest-growing segment. As of this writing, match.com, seniorpeoplemeet.com and primesingles.net are the most popular sites as measured by number of unique visitors for this age group. And they number in the millions. So for women over 50, your odds of meeting someone great have never been better. We’ll deal specifically with online dating in Part 2.

But before we continue with this new world of possibility for women over 50 I want you take advantage of my free ongoing support: You can learn how to find and attract your soulmate online, how to tell the DUDs from the STUDs, how to go from casual to a real commitment and much much more by subscribing to my Dating Tips & Relationship Advice Newsletter.

The maturity that comes with age opens you to more positive relationships, even with younger men.  Starting with the character of forty-something Samantha and her young boyfriend on Sex and The City, the media has helped in recent years to open up a whole new role model: “the cougar,” an older woman who dates or marries a younger guy.

Many women over 50 have gone out there and led adventurous and excited lives as if they were just out of college.  With the wisdom of their years, they’ve made their lives even better!  Anne, a 57 year-old, describes how she met her new husband, Jay.  Jay was a recent widower who was a friend of a friend.

We were on our way to a concert.  Jay drove and I sat up front with him. Within fifteen minutes Jay looked me square in the eyes and said, “Who are you and what are you doing in Southern Montana?”  His look and the tone of his voice seemed as if he had found his long lost love at last. I felt a kinship, intrigued by our many similar delights. I quickly put aside any biases I had about lawyers. Soon we discovered similar taste in music, ethnic food, travel, love of getting out in nature, philosophy, open minded spiritual exploration, and joy in sharing about our families. This meeting and the synchronicity that brought us together surprised both of us. We have been together ever since.

Many women over 50 have created the kind of deeply fulfilling love that offers true friendship. Along with the chemistry of lovers. Love, of course, is good for us. Research convincingly shows that happy couples and those in long-term committed relationships are healthier both emotionally and physically than singles. An active sex life may lead to a longer life, a better immune system, greater heart health, an improved mood, even the ability to prevent certain cancers and ward off pain. Intercourse typically burns around 200 calories, which is equivalent to running on the treadmill for 30 minutes! Plus, it releases endorphins, which elevate mood and lower pain levels.

Women over 50 who are in or have been through our Love Mentoring™ Program often comment that once they really get into dating, they feel more confident. Any they are more clear about what they want and therefore, more attractive.  They are more empowered and more affluent than ever before.  If you are over 50, talk to one of my incredible Mentors. Each one has a long background in transformational work, is in a committed love relationship and is closely supervised by me.  You can read about a woman over 50 who used love mentoring, married the love of her life and was featured in The New York Times.